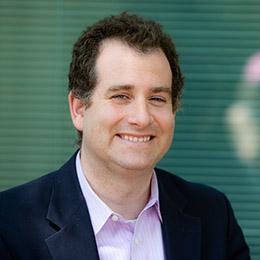 Rabbi Adam Rosenwasser joined Temple Emanuel as Senior Rabbi on July 1st, 2020. Prior to this appointment, he served Congregation Beth Am in Los Altos Hills, CA and Temple Sinai in Washington, DC as associate rabbi. Rabbi Adam was ordained from the Hebrew Union College- Jewish Institute of Religion in New York in 2009. Rabbi Adam hails from Ann Arbor, Michigan and received his Bachelor’s Degree in History from the University of Michigan. Go Blue!

Rabbi Adam is passionate about creating meaningful Jewish experiences for people of all ages and backgrounds. He is especially interested in building relationships with the people he serves. Rabbi Adam also enjoys teaching torah using a wide array of texts, making worship engaging and fulfilling, advocating for a just and peaceful Israel, facilitating mussar (Jewish ethics) classes, and working for justice locally and globally.

Rabbi Adam’s other interests include musical theater, cooking and baking, swimming, reading, and raising his three children, Eliza, Simon, and Stella, with his husband, Shalom, and their dog, Phaedra. 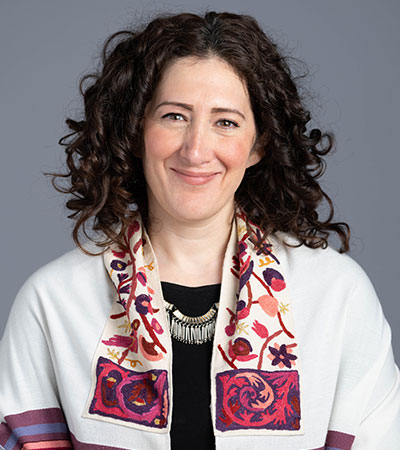 Cantor Lindsay joined the Temple Emanuel community upon ordination by Hebrew Union College-Jewish Institute of Religion in 2017. Previously, Cantor Lindsay served Central Synagogue in Manhattan and Temple Israel Reform Congregation of Staten Island, New York, in Cantorial Internships. She also completed a unit of Clinical Pastoral Education at Mount Sinai-Roosevelt Hospital in New York, where she served as a chaplain.

Cantor Lindsay is also an award winning composer, having won the Kol Emet commission prize from Beth Emet the Free Synagogue in Evanston, Illinois. Cantor Lindsay has a Master of Arts in Vocal Pedagogy and a Master of Sacred Music.

Cantor Lindsay lives in Bethesda with her husband David, and their children Zoheret and Myer. 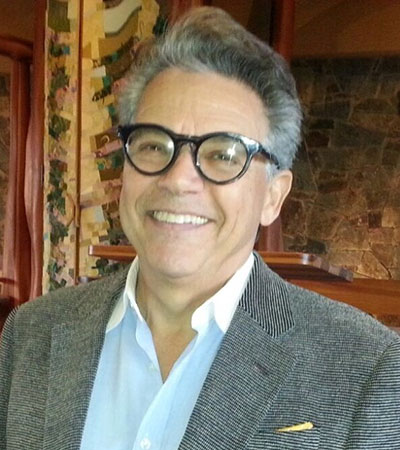 Rabbi Warren Stone served as rabbi of Temple Emanuel from 1988-2020. He received his BA in Near Eastern and Judaic Studies from Brandeis University and Rabbinic Ordination and an honorary Doctorate of Divinity from Hebrew Union College-Jewish Institute of Religion. He has a D. Min. in Religion and Psychotherapy from Andover Newton Theological School and training from the Jung Institute in Zurich.

Rabbi Stone is known nationally for his leadership on Religion and the Environment. He has led delegations on environmental issues to the Congress and White House and has served on many boards, including the Global Advisory Committee for Earthday, the Coalition on the Environment and Jewish Life, the Washington Board of Rabbis, where he served as past President and ARZA/ World Union. He served as Vice President of the Interfaith Conference of Metropolitan Washington, a member of the board of the United Nations Association and on the Board of the New Orchestra of Washington. In March of 2015 Rabbi Stone was chosen by the United Nations Climate Change Secretariat to serve as Faith and Climate International leader for their new UN Climate Neutral Now initiative.

Rabbi serves as Co-Chair of the National Religion Coalition on Creation Care and founding chair of the Central Conference of American Rabbis’ Committee on the Environment. Rabbi Stone represented many national Jewish organizations as a UN delegate at the Conference on Climate Change in Kyoto, Japan in 1997 and in Copenhagen, Denmark in 2009, where he blew the Shofar and led interfaith programs and prayer vigils. His abstract, “Climate Change Beyond Diplomacy: Thinking Outside the Box,” was presented at the International Congress of Scientists in Copenhagen. In 2012 he spoke at the Vatican’s Pontifical University in Rome as a guest of the State Department and White House and served as a G20 World Religious Delegate at a conference on Faith and Sustainability in Seoul, Korea.

Rabbi Stone’s articles have appeared in many publications, including the Washington Jewish Week, Reform Judaism, Central Conference of American Rabbis Journal, The Jerusalem Post, Grist and many international news sources. His article, “A Jewish Response to Climate Change,” was published in The Climate Institute’s book, Sudden and Disruptive Climate Change, and he writes a blog called “climaterabbi” at climaterabbi.wordpress.com.

Rabbi Stone is married to Elaine Stone, an attorney at Covington and Burling. They live in Bethesda, Maryland and have three children – Nomi, Lia and Zach. 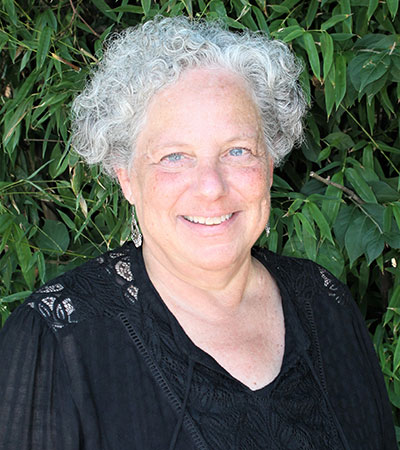 Originally from Boston, Dianne comes to us from Minneapolis, MN, and she brings to Temple Emanuel an extensive background in all major aspects of synagogue and community management, ranging from executive leadership, to serving as president of her sisterhood, to so much more. She has also been a practicing lawyer, specializing in end of life issues and working with vulnerable adults. Her commitment to the Reform Jewish community and her synagogue in Minneapolis is underscored not just by her personal journey, but also by the journey of her two sons and their families. 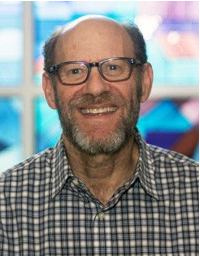 Rabbi Mark received rabbinic ordination from the Reconstructionist Rabbinical College in 1984 and a M.Ed. in Curriculum Theory in 1983 from Temple University. His experience in Jewish education has been extensive and varied. He served the Jewish community of Greater Washington as an educational consultant at the Board of Jewish Education from 1984-1997; worked as the founding editor for BabagaNewz magazine from 1997-2008; and was Executive Editor of Behrman House Publishing from 2009-2013. He is married to Dr. Lisa Horowitz and has three grown children and a granddaughter. 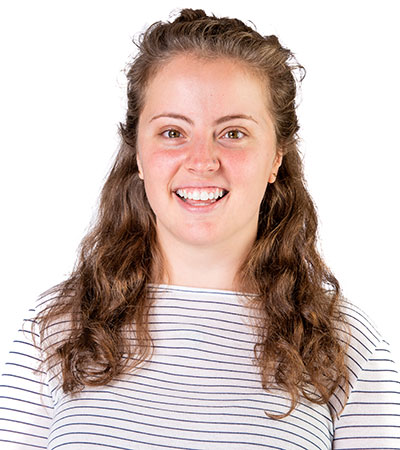 Rebecca (she/her) is originally from New York City. Growing up on the Upper West Side, she attributes her strong Jewish identity to a lifetime of Jewish experiences, from Jewish day school to Jewish sleep-away camp to a semester abroad in Israel to her active involvement with Hillel in college. After receiving her B.A. in psychology from Goucher College (go Gophers!), Rebecca served as the Springboard Innovation Fellow at the University of Florida Hillel, one of the largest Jewish undergrad populations in the nation. She loves creating community filled with compassion and respect, and is passionate about applying Jewish values to the fight against inequities and injustices. Loud in the best way possible and with her water bottle always in hand, outside of Temple Emanuel, Rebecca can be found listening to Spotify playlists, baking yummy goods, and re-reading the Harry Potter series. 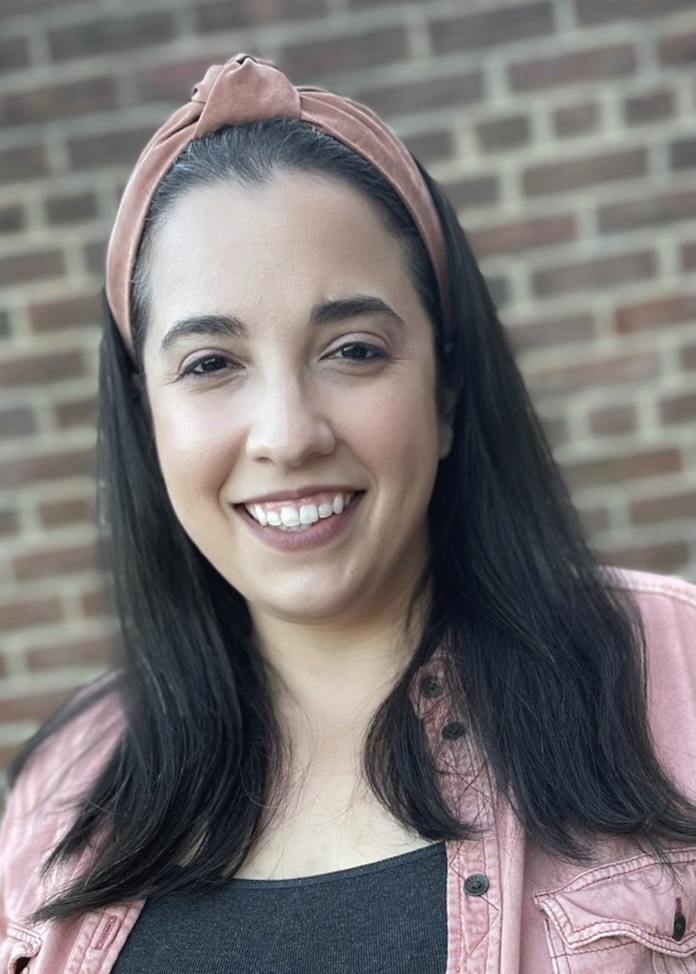 Dana has proudly been a part of the Temple Emanuel community since 2013. Originally from South Florida, she spent her formative Jewish years at Temple Solel in Hollywood, FL. Dana holds a BA in psychology from UMBC and is currently completing coursework for her Master’s in Innovative Early Childhood Education from the University of Colorado, Denver. Inspired by the Reggio Emilia Approach to Education, she is a passionate advocate for the voices, competencies, and rights of young children in our communities. Outside of Temple Emanuel, Dana is an avid musical theatre fan and actively volunteers and performs with several community theatres in the DMV area.

Kathy is a marketing professional with over 25 years of experience. Kathy received her B.S in marketing from the University of Maryland. She started her career with Procter and Gamble and then moved into marketing computer hardware and software with XDB Systems. Kathy helped IDEAL.com become the #1 Distributor for Contex Scanners which eventually purchased the family business. Her marketing and communication skills include developing and executing marketing plans to build brand awareness and increase sales, writing and designing product literature, advertisements, newsletters, and press releases, applying social media to drive results, and using quantitative analysis to track results. Kathy is detail-oriented and possesses strong organizational, communication, and computer skills. Kathy has been a long time volunteer at Temple Emanuel being a room parent for her son’s classes through the years, chairing the membership committee, chairing the oneg committee, and volunteering for the silent auctions. Kathy Magenheim joined the Temple staff in 2010. She is the Religious School Administrator and helps the Director of Education to smoothly run the school. 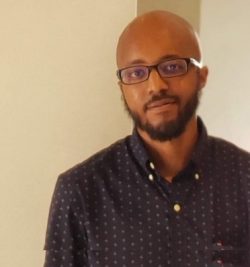 Dominic is very excited to be a part of the Temple Emanuel community. He attends DeVry University for his Bachelor’s in Information Technology. His background is in Administration, sales, and customer service. When he is not at the Temple, he is spending time with his daughter and two nephews. He enjoys taking on D.I.Y. projects around the house, exercising, and spending time with friends. 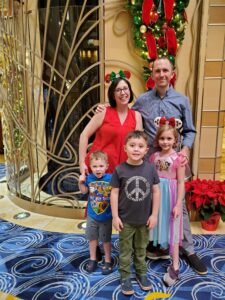 Jamie comes to us from South Texas by way of San Diego, Japan and Pensacola, Florida. That’s right, Go Navy! She has a bachelor’s in English and an MBA from Texas A&M University. Her background is in public accounting and auditing. When she’s not at the Temple she’s chasing her 3 young kids around Kensington, shuffling them to and fro. Jamie enjoys fixing up her home in Parkwood and volunteering for her children’s many organizations. She is thrilled to be a part of the Temple Emanuel community.